No, that’s not me in the photo but, it is the way I think and see myself when I’m out on the road bike 🙂 .

Once upon a time I traded my motorcycle, a sweet Honda 550F, for a mountain bike, back when mountain bikes were a new and upcoming thing. I rode that for a while and then in languished in the shed for many years.

My cycling career really took off when my sons got interested in mountain biking an in one year we all got new bikes. Amazingly, they let me ride with them and I struggled hard to keep up as I hadn’t been on a bike for ~15 years and my fitness was at an all time low.

Below is a work in progress documenting my history with bicycles.

My first bike since I was a kid. I sold the Honda 550F for about $700 and spent all of it on the Sasquatch. Eric was about 1yr old so I converted a baby seat and made a custom attachment to fasten it to the rear blackburn rack. Back in the day there were no commercial kid bike seats. We rode on some trails and somehow Eric survived but I do remember one time when he hit his head on the back of the seat in spite of the seatbelt and shoulder harness! There was some crying involved.

The Saskwatch was put away for a lot of years and then made a comeback as a winter bike for racing in several Icebike races and when I started winter commuting to work.

This was the bike that really launched by cycling passion and really improved my fitness. Riding hard with a bunch of teen-age guys will do that if you persevere and try to keep up! This bike went on all of the Maah Daah Hey trips and lots of late night city and trail riding with my sons and their friends. 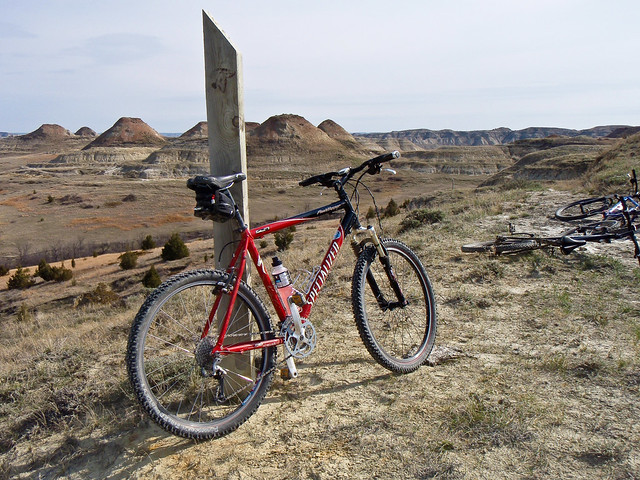 In late 2010 I started to notice some “issues” with the head tube bearing. It was making some nasty grinding sounds and since I was in DIY mode I got the bearing parts and proceeded to attempt the repair. Well, due to age and rust the old bearings would just not come out. So, off to Woodcock Cycle for some assistance. Turns out there is a special tool for this. Their mechanic tried to get the bearings out and promptly broke their tool! A second attempt with another similar but stronger tool got it out. The repair was completed but shortly afterwards that grinding sound came back. This time is was a full repair at Woodcock. But, again that noise came back and a repeat trip to Woodcock for a repair. This time they notices that there was a crack in the frame in the headset area which was causing the bearings to prematurely wear out and break. The shop went to bat with Specialized to get a factory replacement on the 10 year old frame! And, success! The Rockhopper came back as a black beauty in December of 2010.

All the mountain bikes took a swing at commuting.

One sweet easy to take care of bike for every day riding and commuting. Full fenders, belt drive and internal gear hub made this bike one of the best commuters. 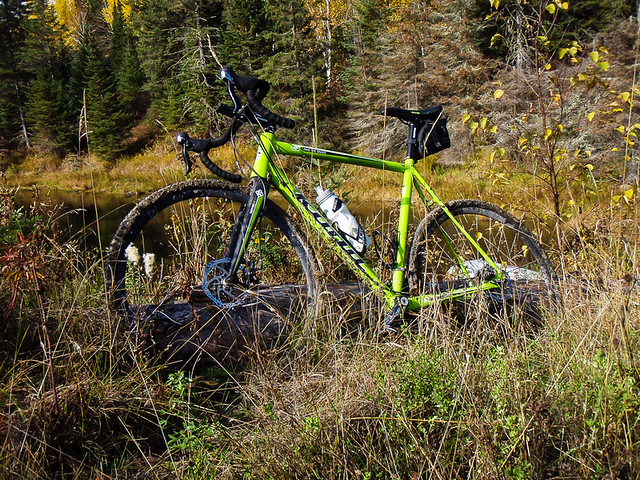